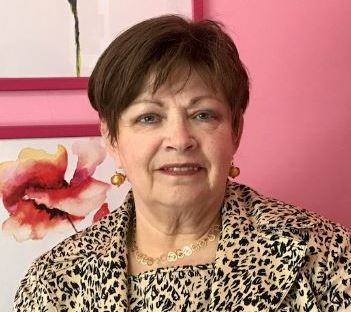 Things became more and more difficult for business owners. My father owned a store that sold leather hides from which shoemakers made shoes for people. It was time to relocate to Israel, and so in May 1950 we boarded a boat in the port city of Constanca. We were on our way to a new life. My father always said that the best time was the time between departure and before arrival to a new place.

We landed in the port of Haifa and were taken to a Beit Olim named Atlit. It was a culture shock to me. We were given a tent and army cots for beds. We also had a primus for cooking and a kerosene lamp for lighting. The place was an army post before we arrived.

I don’t remember what we ate for lunch, but every day about 5pm we stood on line to receive supper. I went with my father for the meal and standing in line behind me I saw a couple also waiting. It was the first time I saw a Yemenite couple and I probably stared.

The man had a beard and long curly payis. He was wearing trousers and a long shirt with slits along the sides. His wife was a beautiful lady wearing a long tunic with colorful embroidery in front and also on the cuffs. What made me stare was her headpiece. Her head was covered in a black hood-like hat, but what was striking were the gold coins which were sewn along the forehead. They shone in the afternoon sun and I couldn’t take my eyes off this elegant lady.

Finally, we got to the front of the line and we got our dinner. For dessert we got four oranges, one for each parent, one for my brother and me. The couple behind us got their dinner, but when it came to dessert the man lifted the sides of his shirt and formed a sac for his oranges. I was staring with an open mouth – he got 24 oranges and I had a problem figuring that he had 22 children. My father explained that many Yemenite families were in polygamous marriages and the man had several wives, hence the two dozen oranges.

The Beit Olim was across the road from the beach, so my friends and I went to the beach. We didn’t have bathing suits so we all wore two pairs of underwear. We enjoyed ourselves immensely; the beautiful Mediterranean Sea was the color of a blue sky. It was a great delight and the novelty did not wear off. Until….

One day we were crossing the busy road to go home for lunch. We didn’t realize that it was so hot that the tar on the road melted. It was my bad luck as I was barefoot at the time my feet got stuck in the hot tar. It was very painful, but worst of all I could not move, I was literally stuck and the cars kept zipping by. I was in pain and petrified.

Someone must have helped me, because I ended up on my cot in my tent. My feet were bandaged, and I couldn’t stand up for at least a week. I stayed in bed listening to the adults talking. The Korean War broke out at the time; I learned about the 38 parallel and was proud to explain the situation to my friends.

We moved shortly after my feet healed to Natanya, and from there to a “villa” that belonged to my rich uncle. The “villa” consisted of four rooms, two upstairs, and two downstairs. We had water but only after walking for a half a mile to the source of the water. We had a huge water tank at the side of the house, and a wrench opened the source of the water. We had to wait till the tank filled up, it took about an hour, and then we had to walk back to close the well with the wrench.

I hated to go since the house was in the middle of a wild field with no houses around only pardesim. One of the perks was the orange groves. In the evenings we used to go with bags and fill them up with oranges.

The other wonder of those days was the night watchman patrolling the orange groves. To me he was a figure out of the movies. He was a beautiful man with a ferocious mustache, and he had a horse that was almost white — very majestic. He also had a pistol in his belt. I never tired of seeing him. Years later I found out that the hat the guard was wearing was an Australian Bush hat.

We had to time the time he was patrolling, as we were also visiting a peanut field nearby. We had a lot of fun foraging by moonlight. The song “Moonlight in Vermont” is a pale description of the glorious stars and moon on those nights.

I was a kid and that time to me was idyllic, until my mother got sick.

Club Nissim/Day Program for Holocaust Survivors is supported by grants from the Conference on Jewish Material Claims against Germany, UJA/Federation, and the NYC Council Elie Wiesel Holocaust Survivor Initiative.